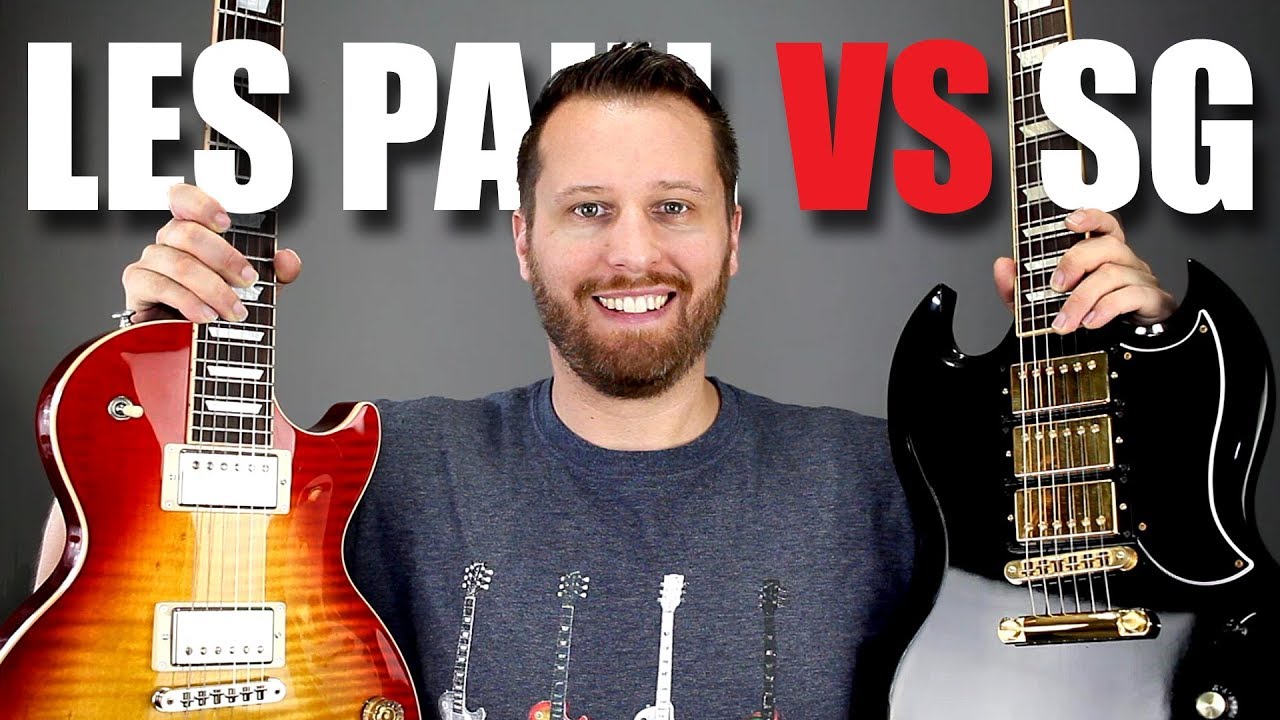 Gibson Les Paul Vs SG – What’s the Difference. The Gibson Les Paul and the SG are two top-rated electric Gibson guitars, which are played by many guitarists around the world. However, there are some important differences between the two that you should be aware of. These differences make it hard to determine which will fit your playing needs. 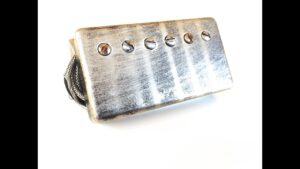 If you are looking for a new guitar, you might want to consider buying one with a Humbucker pickup. These guitars can produce a wide range of tones. Whether you are into blues, rock, metal, or anything else, you should be able to find a great guitar with this kind of pickup.

One of the most popular models in the Gibson line is Les Paul. It is made from mahogany and features two humbucker pickups. The sound is very thick and full. However, it can also be very muddy.

Another model that Gibson offers is the SG. This is a more playable version of Les Paul. Its thinner neck makes it easier to play and its body is lighter. Despite these differences, the two are similar in some ways.

While both guitars have humbuckers, the sound of each differs. The SG has a bit more bite and twang. Also, the scale length is different.

Compared to Les Paul, the SG is a little longer. However, the neck is flexible. That allows you to use the neck to create a vibrato effect.

Both guitars have a three-way pickup switch. However, the SG has the option of a coil tap. A coil tap is a switch that only cuts part of the output when it is activated.

Another difference is the input jack. Unlike Les Paul, the SG has a jack that is in the shoulder. Although the jack is a pain, you can fix it by using an angled cable.

Other than the pick-up, both guitars have different finishes. Some of the finishes on the Gibson Les Paul are nitrocellulose lacquer-based. On the SG, however, you have the choice of heritage cherry or black.

Depending on the model, you can find a great deal on a used Les Paul. However, a lot of seasoned guitarists agree that the newer Gibsons do not play well. So, if you’re looking for a Gibson guitar, be sure to check out a used model! And if you’re not willing to pay a lot for a brand-new one, you can always try buying an Epiphone. 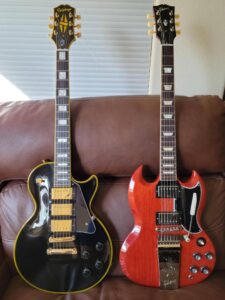 When comparing the Gibson Les Paul vs SG, you’ll notice that the neck profile is different. While both guitars have a slim C-shaped contour, the neck of the SG is positioned closer to the D-shape. This can make it feel like it’s a little longer than Les Paul. Some SG models also come with a built-in whammy bar.

Another difference is the amount of bass and mid-range emphasis. The Les Paul is more resonant and has more bass, but the SG is more focused in the midrange. A lot of SG models have a flatter top, which is more comfortable to play on.

Another factor to consider is weight. Unlike Les Paul, the SG is quite light. You can even play an SG for hours on end without feeling exhausted. On the downside, an SG’s neck isn’t very well balanced.

One of the main reasons for the SG’s light weight is its thin, extra-thin neck. It’s designed to allow players to reach the higher frets with ease. If you have a shorter arm, the SG may also work better.

Also, the SG has more bite to the tone. SG guitars have a brighter midrange and are usually less muddy than Les Paul.

Besides the neck profile, another feature to look out for is the input jack. SG models have a jack on the back of the body, whereas Les Paul has one on the front. This can be an issue for some people. Having an angled cable can fix this.

Les Paul is a classic, and it looks amazing. There are a variety of players that have played these guitars, including Alex Lifeson, Billy Gibbons, Joe Walsh, and Paul Kossoff. But for the best rock and roll sound, you’ll want to try an SG. And if you can’t afford a new SG, the Gibson SG Tribute is an inexpensive way to enjoy the classic sound of the SG.

If you’re looking for the classic rock sound of the SG but you don’t need a maple top, the Epiphone SG Standard is an excellent option. It has a lightweight mahogany body and a Pau Ferro fingerboard.

The Gibson SG and Les Paul guitars are considered to be similar in many ways. They are both jack-of-all-trades guitars and can be used to play all types of music. However, their unique features, design, and materials are different. This difference can be confusing, but it is essential to understand what makes them so unique.

The most obvious difference is the wood species. SG guitars are made of mahogany, while Les Paul is made of maple. It is the maple cap that provides brightness and snaps to the tones.

While the Les Paul guitar is known for its set neck design, the SG has a double cutaway that helps with access to the upper frets. Although some guitarists criticize this design, it does offer a more comfortable playing experience.

SG is also a bit lighter. This is due to its extra-thin neck. By reducing the weight, SGs are easier to carry around. On the flip side, the thinner body also contributes to the infamous “neck dive,” which can be uncomfortable for players.

SG models are also available in a variety of wood species, including swamp ash, walnut, and zebrawood. You can also find custom SGs with ebony fretboards. Most SGs feature rosewood fretboards, but some of the newer models come with PLEK fret dressing, which ensures that the strings are properly leveled and polished.

Both of these guitars can provide a wide range of tones, but only one has the capability to produce all of them. The Les Paul is the best choice for guitar enthusiasts and professionals looking for a versatile instrument.

Gibson has released the SG guitar to cater to musicians who want a slightly different sound. The guitar is lighter and has a more pronounced mid-range. It also has a higher harmonic feedback. However, it doesn’t have the warm tone and sustain of Les Paul.

Several guitarists, including Jimmy Page, Zakk Wylde, Slash, Joe Walsh, Billy Gibbons, Alex Lifeson, and Paul McCartney have played the guitar. They have praised its tone and ease of play.

Besides its versatility, the SG has some unique features. Its mahogany body, mahogany neck, and rosewood fingerboard have a smooth, sculpted look. A maple cap on the top adds a bit of a bite to the design. Also, the guitar’s thinner neck allows for greater access to high frets.

Many guitarists claim that the Les Paul is easier to play than the SG. That may be true for a certain level of experience.

A problem with Les Paul is its weight. Despite its thin body, it’s heavy. In addition, the neck and body are not in balance with each other. Some people find this unbalanced feeling disconcerting.

On the flip side, the SG’s thinner body offers more resonance. Plus, the SG’s pickups are available with or without coil taps.

While the two guitars are a bit different, they are both effective in rock-based music genres. The SG has a more pronounced mid-range and less muddy tone, while the Les Paul has a warmer and more scooped mid-range. There are many great models of both guitars, so try them out and see which one sounds better to you!

Both guitars have their fans, and many players love both of them. Whether you are looking for a versatile guitar or one that is easy to play, the SG or the Les Paul are both excellent options. If you are a fan of classic rock, either of these guitars is a perfect choice for you.